Make no mistake. . .God created you to be a leader.

You can also know that the enemy has used and is continuing to use some clever tactics to keep you from realizing that YOU ARE A LEADER.  Sadly, many believers allow him to get away with this deadly deception.

You may never have thought of yourself as a leader and truthfully, what you think will hinder what you accomplish.

The real question is what does God think about you being a leader. . .how does God see you?

“For we are God's masterpiece. He has created us anew in Christ Jesus, so that we can do the good things he planned for us long ago.”

I’m going to make a statement and I want you to get it down inside of you. . .in fact, if you get nothing else from this teaching, get this:

You have much more influence in life than you know.  You are a leader.

Do you have children?

Do you have friends?

Do you have authority over anyone at work?

Do you teach a class at church?

Do you help in the church nursery?

Do you have a pet?

7 Ways To Stir Up Your Gifting

Recently, I was watching one of my favorite John Wayne movies entitled “Big Jake.”  The Duke as he was known was my favorite movie star during my formative years.  He was always the good guy.  The one who stood for what was right. . .regardless of the consequence.

# 2    “Courage is being scared to death…but saddling up anyway.”

# 3    “Tomorrow is the most important thing in life. Comes into us at midnight very clean. It's perfect when it arrives and it puts itself in our hands. It hopes we've learned something from yesterday.”

John Wayne won his only Oscar in 1969 for the movie “True Grit.”  There’s a point in the movie where 14-year-old Mattie Ross says to Marshal Rooster Cogburn (John Wayne) “They tell me you are a man with true grit.”

“One characteristic emerged as a significant predictor of success. And it wasn't social intelligence. It wasn't good looks, physical health, and it wasn't IQ. It was grit.”

The best definition I’ve ever heard of grit is: 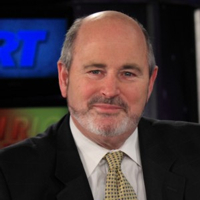